How to be the perfect man, on Batman Day (according to women) 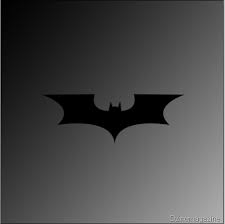 I know it’s manly to rough it and use absolutely no products on your face, but seriously, invest in a moisturiser, a 180 Moisture Balm from Annique to be exact (https://www.gentletouch.co.za/eb_product/180-moisture-balm-50ml/)  There’s nothing sexier than a man with soft skin that smells good. In fact, you also age faster with dry skin.  We don’t want to be 50 years old looking good for you and be married to someone who looks 70 years old.

As much as we don’t want to admit it, it’s a chick magnet. You seem more caring and definitely more approachable, especially if you’re out shopping for dog treats or playing catch at a park. You’ll score brownie points if we bump into you at an animal shelter while you’re either adopting a dog or doing volunteer work. Which brings me to my next point…..

Use some of your spare time during a weekend to either volunteer at an animal shelter or even better, an old age home. Maybe it seems lame to you but you’ll end up there eventually. You might as well gain some experience now. Who knows, you might even meet a nurse  🙂 You’ll definitely earn brownie point for doing that, instead of emptying kegs all weekend.

It’s a sad fact that opening the door for a lady is becoming a thing of the past. Some women don’t like it, I understand. Who wants to be with a woman who doesn’t want to be treated like a lady anyway. Also, be the kind of perfect man who takes care of the cheque on the first date. Real women can pay for their own dinner, but it’s just gentleman-like to take charge on the first date. It makes us feel special.

A man who knows his way around a kitchen, is a man dear to a woman’s heart. Even if you learn to make the best scrambled eggs, that’ll be good enough. At least I know if push comes to shove I won’t starve.

Wax, shave or do whatever is necessary to get rid of back hair. It’s not attractive, I’m sorry. Also, please clip your nails. We’re the only ones allowed to have long nails.. Enough said. (https://www.gentletouch.co.za/male-grooming/)

It’s probably one of the most famous complaints women have about their significant other. All you have to do is sit there and pretend you’re listening, we’ll notice but we’ll appreciate you taking the time to pretend. However, if we tell you about an important event and you forget because you weren’t listening it’ll come back to haunt you, so be careful!

It means you’re intellectual. I don’t mean Harry Potter books of course.. Unless you’re 15 years old. Other than that, just read. If you can’t have an intellectual conversation, it’s pretty much pointless. Just like women, a pretty face only lasts so long.

This point is probably stretching it a little too far, but who doesn’t like a hero. On the contrary, who doesn’t like being a hero. Save a kitten from a burning building, be the guy who stops the girl from marrying the wrong man, help an old lady cross the street, or just be Batman!